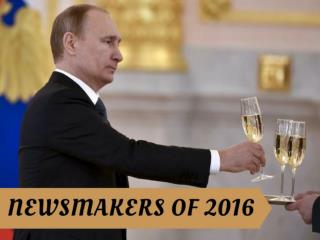 The people who shaped the news this year. Blizzard of 2016 - Scenes from the biggest storm of the